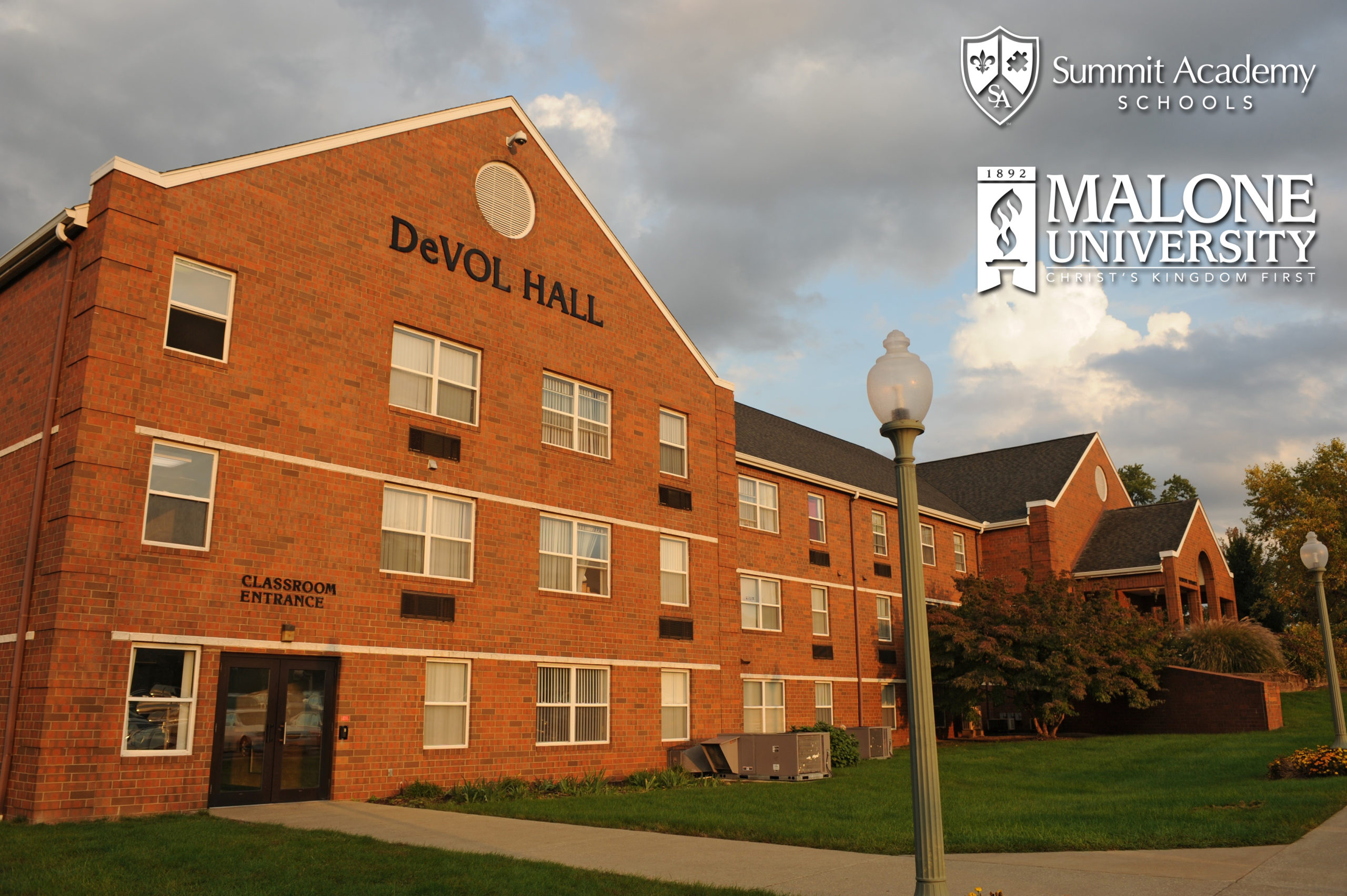 SAM CEO John Guyer describes the partnership as one with great potential to benefit the Summit Academy Canton schools as well as Malone University.  “Our Canton schools currently have a combined student enrollment of 149. DeVol Hall will allow the schools to grow and serve additional students,” he says.

Malone President David King, Ed.D., says the partnership came after careful consideration and will allow the university to consolidate its residential population into four halls, creating a hub of activity in one central area of campus.

“Additionally, hosting a K-12 school system on campus will provide hands-on learning experiences for Malone students in our education, social work and nursing programs, among others,” Dr. King adds.

Bringing the two schools to the college campus has the capacity to provide a college-to-career pathway to Malone University students.  Graduates studying social work could feasibly launch their careers as behavior specialists and performance coaches and those studying education – as teachers – at any of the 24 Summit Academy Schools across Ohio with related openings, according to Guyer.

He adds that college-bound Summit Academy graduates interested in attending Malone University can realize a smooth transition from high school to college. Likewise, Summit Academy Secondary School -Canton students can attend College Credit Plus classes on campus, without the need to travel.

Merging the schools into one location will ease transportation issues for families with children at both schools, adds School Director Tiffany George. The elementary school is currently located at 1620 Market Avenue South and the secondary school is at 2400 Cleveland Ave. N.W.

The partnership comes after both the Summit Academy Management Board of Directors and the Malone University Board of Trustees approved the agreement. While a move-in date has not been established, Guyer expects it could be in early 2023, pending reconfigurations of the three-story building, which will not begin until June.