Wanda Ford delivers her authentic brand of optimism to students at Summit Academy Community School – Parma daily. Few of the school’s K-12 students know she holds a place in American history as a basketball great. Instead, they know her as Miss Wanda, their physical education teacher, the one with the upbeat attitude and belief in the potential of every student.

Ford is the first woman in NCAA history to collect 1,500 basketball rebounds. She even has her own Wikipedia page, but admits she was unaware of it until her nieces brought it to her attention recently. Among Ford’s numerous accomplishments noted by Wikipedia, she set an NCAA career record with 1,887 rebounds during her 1983-1986 collegiate years at Drake University in Des Moines, Iowa. She has been described as one of Drake University’s greatest all-around players of all time. (As a side note, out of the 120 full college scholarship offers she received, Ford says she accepted Drake’s because the recruiter emphasized education over athletics.) 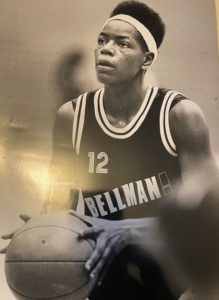 At Drake, Ford scored 2,636 basketball points and earned a Bachelor of Science in Recreation with a concentration in Special Education. She went on to play 16 years of professional basketball around the globe. In 2003, Ford was inducted into the Des Moines Sunday Register’s Iowa Sports Hall of Fame.

Fast-forward to 2022 and Ford’s accolades continue.

Ford will be inducted into the Sports Legends of Cleveland Public Schools Senate League on October 29. The East Tech High School graduate who grew up in Cleveland project housing says she is tickled and humbled by the honor. “My school nominated me. This is the big one,” Ford says. “I’m from Cleveland, coming from East Tech and the inner city, starting out in basketball; it shows this can happen.”

She refers to the possibilities she not only sees in her Summit Academy students but reflects for them. 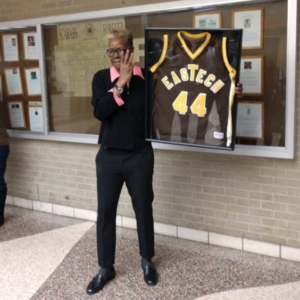 “God has me here for a purpose, to help these kids grow in life, to bring positive energy,” she says, crediting her late mother and biggest fan for her support all along the way. Ford practices what she preaches, stopping in classrooms to greet students every morning with high-fives and high energy. Before students begin jumping jacks and other warm-up exercises in Ford’s class, the school dojo, they gather in a circle. There, they are invited to “open up and learn to talk with people without fear of being put down,” she says, “I give them positive vibes because you never know what they may have to deal with at home. School can be a safe place and students have to rely on someone they can trust.”

To her students, Ford is that trustworthy adult. They frequently write her notes of appreciation, describing how she has impacted their lives. 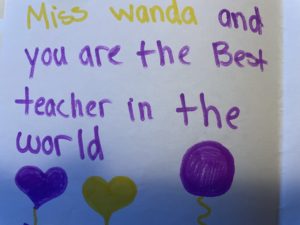 Miss Wanda, you are the best teacher in the world.

Ford says Summit Academy – Parma Principal Saree Doyle has given her freedom to elevate her impact on students, showing them the way to health and well-being not only physically, in PE class, but mentally and emotionally.

“I have been able to be myself and to be a mentor for our kids. It’s rewarding,” Ford says.

Outside of school and before the pandemic, Ford ran a midnight basketball program at St. Paul’s Community Church UCC in Cleveland for three years to help provide guidance and support to local young men.

“It kept them off the streets and out of trouble,” she says, explaining that the weekly program started with a prayer and continued with conversations, lessons on how to tie a necktie and handle a successful job interview and, of course, basketball. Ford hopes to resume the program and is looking for a gym to facilitate it.

She says she has enough energy for both the midnight basketball program and for every one of Summit Academy Community School – Parma’s 166 students.

“If I can help two or three students that is great,” she says, “but my hope is to help all of them.”