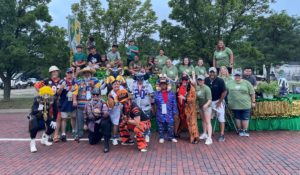 Summit Academy Canton Schools received the Exceptional Merit award from this year’s Canton Repository Grand Pro Football Hall of Fame parade float judges. Beaming with pride and joy, school staff, students and family members participated in the HOF parade for the first time ever. Even Glider, the schools’ therapy dog, showed his school spirit as he sported a green Summit Academy T-shirt aboard the float. 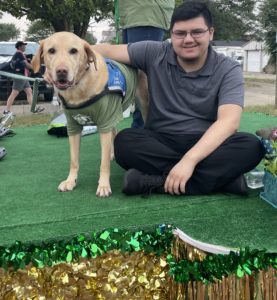 Tiffany George, Director of Summit Academy Community School for Alternative Learners – Canton and Summit Academy Secondary School – Canton, described the August 6 event as the best day ever and among her favorite events with her team. “So many people, smiles and opportunities,” she said. 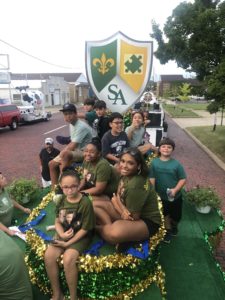 As some school community members rode the float and waved to parade-goers others hosted an information table outside the secondary school, situated along the parade route. George reports that several event-goers stopped by the school with inquiries.

Expressly pleased with the event, George says her Canton school community is already making plans to host a float in next year’s parade.